Interested in learning how AC3's intelligent technology can increase net collections for your practice?

Are Your Negotiated Carve Out Codes Helping or Hurting Your Practice?

When it comes to collecting insurance reimbursement, the rules are not in your favor, but the exceptions can be.

Because payers use change, complexity, and ambiguity to their advantage, effective oncology practice managers have learned to actively manage their fee schedules and judiciously renegotiate their insurance payer contracts whenever possible to maximize their revenue—but the savviest ones also know to religiously revisit their carve out codes.

Running a Medical Oncology Practice often means treating high-acuity patients requiring expensive drugs—two things for which insurance often underpay. Traditionally, negotiating carve out codes has yielded higher reimbursements for these treatments or for other services to compensate for underpayments.

For instance, a practice can negotiate appropriate compensation for the expanded level of expertise required to provide services and treatment to cancer patients, including radiation, radiology and medication costs.

But because many oncologist–payer contracts renew automatically with little attention, it’s easy to lose sight of the fact that your return on investment for those hard-won carve out codes changes with every fee schedule update. Payers have only so much capacity to grant exceptions, so it’s critical that practice managers make sure they’re using their handful of carve out codes to maximize reimbursements where allowables fall short.

A More Strategic Approach to Carve Out Codes

Establishing carve out codes is a little bit like playing the stock market in that you can buy and hold them or manage them more actively. The difference is that while you could buy unlimited stocks, payers will certainly limit your number of billing exceptions, so practice managers need to be even more strategic.

There are some cases where inaction benefits your practice, say if the cost drops for a service for which you’ve negotiated special rates, causing you to collect a significant premium on it. But if you haven’t negotiated your codes in a decade, it’s just as likely that Medicare is paying more for the treatment or procedure now than you’re collecting on that carve out code you worked so hard to secure.

Not only can overlooking carve out codes waste valuable negotiation capital where it could be better utilized elsewhere, but even slight underpayments can add up quickly and cost your practice considerably, especially when dealing with frequently billed codes.

In fact, we’ve identified nearly $250,000 in missed revenue opportunity due to carve out codes being underpaid for a four-provider oncology practice in less than a year.

This will typically happen when quarterly updates occur and when information is manually entered or uploaded into the payer portal with errors. To avoid this, it is important for your team to do an audit after every quarterly update to ensure revenue is not left on the table.

Another scenario that can happen is when the payer does not pay per the negotiated carve out code. In this instance, your team does have a carve out code in place, and the payer ignores it. This is another situation to look for during an audit.

When to Renegotiate Carve Out Codes

We recommend auditing and analyzing your data quarterly. This includes performing a detailed analysis of code performance and the financials you’ve attached to them, but here are a few simple things to look for to see if you’re leaving money on the table.

Usage is low. In negotiations, commercial payers will look for an easy way to wrap up negotiations in their favor, so they may make concessions that seem like they fit the bill don’t really offer much value to you. Check to see how often you bill the offered carve out codes. If you find one (or more) you’re not billing very often, chances are it’s not doing you much good, regardless of how good of a deal it is.

Medicare is paying more. It’s tough to stay on top of reimbursement rates for every rate change in Medicare’s frequent fee schedule updates, but you should at least check the services and treatments associated with your carve out codes. If Medicare is paying more for them, depending on how much, those carve out codes might need to be dropped in favor of ones that help you capture more revenue.

Demand has dropped. If you find over time that demand for certain treatments has shifted within your practice, you’ll want to revisit your carve out codes, especially if you haven’t done it in a while, or there has been staff turnover.

How To Renegotiate Carve Out Codes

Payers will never come to you to talk about carve out codes. Once you’ve identified a more advantageous billing strategy for your business, you need to take the initiative to start negotiations and come prepared with research and documentation.

Payers may try and stall negotiations, so it is necessary to understand all the data they may ask for and have your justification ready when you finally get to the table. The information payers request may include your costs to provide treatment, average cost per patient and patient encounter, your rates, the rates of comparable and/or hospital providers, as well as treatment outcomes.

With many contracts automatically renewing on a periodic basis, with all of the pitfalls we’ve previously mentioned, you should start by building in some basic safeguards. The next time you negotiation carve out codes, make sure to include a clause that the agreed-upon reimbursement rate will increase by X% every year, or X% over the Medicare fee schedule rate. At the very least, this will ensure you don’t take a hit for inflation for services with rates that remain the same.

Carve out code discrepancies compound over time, so oncology practices can unknowingly lose money quickly and easily when failing to audit and negotiate them. Even practice managers with the most awareness of their carve out codes can make simple yet expensive mistakes.

Employing the logic behind the 80/20 fee schedule rule—making operations decisions based on the fewest payers making up the most of your revenue—you might be tempted to negotiate carve out codes on only a subset of your contracts. But with the potentially significant differential, you will leave a considerable sum on the table if you don’t also renegotiate codes with even the smallest commercial plans.

Medicare alone updates its fee schedules once a year, providing an annual opportunity for your carve out codes to fall out of sync with your expenses. Factor in the other plans with which you have contracts, and you’ll quickly see why these exceptions warrant your frequent attention. Set a reminder to audit your codes quarterly and to adjust your fee schedule according to payer rate changes.

These errors can occur during any payment transaction with the payer, which is why your team should audit actual payments in an ongoing way against the negotiated carve out amount. Tools that unite and automate your practice management, dispensing and billing systems can surface invisible data evidence, putting control back in the practice’s hands when negotiating with payers.

These automation tools will audit transactions and find the smaller nuances for your team so they don’t have to spend time looking for the needles in the haystack. Instead, your employees with be free to do what they do best, fight for treatment approvals, overturn denials, and care for your patients.

Fees from carve out codes may look like minimal amounts at a time, but they are high use and will compound over time. Even a $5 difference that happens several thousands times a week will add up quickly. Regular auditing and implementing automation systems allows you to prevent the little errors from falling off the radar and can save you millions in the long run.

The impact of carve out codes on your business is potentially huge; by taking control of them, you decide how they affect your practice revenue. It may seem daunting to take on payers, but once you identify the impact of poorly performing codes and opportunities to recoup significant lost income, you will see there is no other choice. And when you come armed with an unassailable justification for your carve out codes, neither will payers. 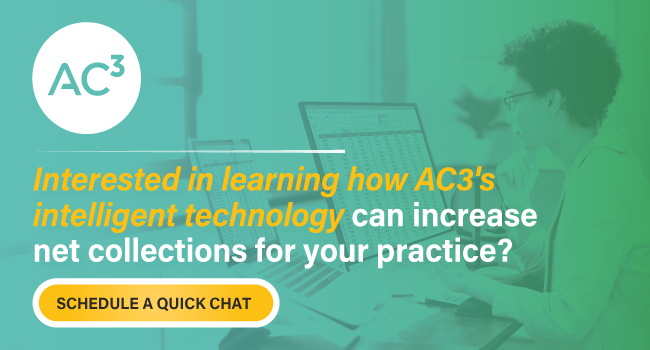 Fee schedules are a pain point for all practices. There are numerous payers, copious and undefined...

There’s no getting around it: every oncology practice is being underpaid. 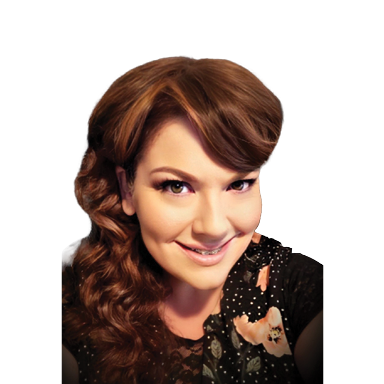 Lori brings over 20 years of healthcare experience to AC3 with her focus on managing costs, increasing revenue and mitigating risk by use of technology.
Learn More